This will be a quick post as its topic is somewhat out of character for my “daddy blog”, but there is something I want to say. By now we’ve all heard more about of the senseless, horrific shooting in Tucson, Arizona than we’d probably care to. Sadly, long after it has faded from the news we will likely remember the shooters name, much as we remember Timothy McVeigh’s name from the Oklahoma City Bombing.

But there are other names we should remember. There are many stories of heroism and heartbreaking stories of loss. These people have names, too. I am the father of a little girl, I can’t even begin to bring myself to contemplate the loss suffered by the family of that 9 year old girl, Christina Green. But this blog isn’t about Christina. It’s about an otherwise average guy named Dorwan Stoddard.

Years from now very few people will remember 76 year old Dorwan Stoddard’s name, but I’d like you to try. Dorwan and his wife Marvy Stoddard first met in the sixth grade back in the 50’s. They married other people, and tragically both were widowed. Later they reunited and married 15 years ago in Tucson. After suffering the loss of their spouses, they had a second chance for love, and thankfully 15 years together. 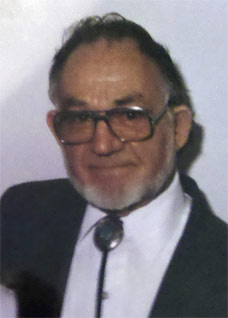 Then the events of last Saturday unfolded and their days together ended. As the shooting started, Dorwan recognized the sound some thought was firecrackers for what it really was and quickly pulled his wife to the ground and threw himself over her. Shot in the legs his wife lived; Dorwan did not. I’d like to think any of us would do that for a loved one. I hope so. So why did I post this?

I posted this because I’d rather we remember the names of heroes and not mass murderers. And, I posted this because Dorwan Stodard’s photo reminded me a bit of my late father. Before their respective deaths both were aging men of average means, living quite lives. In a recent blog I mentioned missing my dad and how I keep my father alive by telling my daughter stories about him and his life.

So if you would, please say a prayer for Marvy Stoddard and for all the family and friends of the victims. And please, forget the name of the guy who shot them. He doesn’t deserve to be remembered. Instead, remember the name Dorwan Stoddard whose final act on this Earth was to give up his life for the woman he loved. He wasn’t rich or famous or remarkable in any outward way. He was just one of us, and he deserves to be remembered.