WATCH: Doctor Who Prequel to The Bells of Saint John

Do you watch Doctor Who? Which Doctor is your favorite?

The start of the second half of the 7th season of Doctor Who raises many questions. With 4 more Doctor Who episodes to go, will we find out what or who Clara Oswald is? Or is she Clara Oswin, or both? Also, I’m curious, how do you feel about the new Doctor Who? Do you have a favorite doctor? 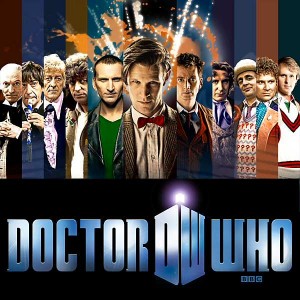 I expect everyone that watches Doctor Who has a favorite Doctor? Perhaps it’s David Tennant (June 2005—January 2010) arguably one of the most popular stars of the ‘re-booted’ series. Or perhaps it’s one of the many Doctors from the original series, such as Tom Baker (June 1974—March 1981).

I wasn’t certain how I felt about the latest incarnation, played by Matt Smith, but he’s growing on me. I’ve not yet donned a fez or bow-tie. They are cool, though. The second half of Season 7 starts this weekend, and it’s all about a mysterious girl, Clara Oswald, who keeps popping up in the doctor’s rather long life.

To whet your appetite for Saturday’s episode, Steven Moffat wrote a short video prequel. I’m always amazed that the man who gave us the horrifically frightening Weeping Angels can also pen such sweet simple moments at this. I’ll say no more, as to do so would necessarily include a spoiler. Enjoy.

Why’d I write this? What does Doctor Who have to do with being a daddy? I could spin some sort of metaphorical blather as to why this post is relevant, but it wouldn’t be true. Truth is, “It’s my blog and I’ll cry if… um, I mean… I’ll write about a Time Lord who travels through time and space if I want to.”

Never watched Doctor Who? Give it a try Saturday on BBC America.

*This is not a sponsored post. I’m just a fan, and trying to indoctrinate others into the quirky pleasures of Doctor Who. If you like Doctor Who you may also enjoy these posts I’ve written over the years: