[important]Update: In a recent public statement the Sheriff said after ushering students toward a back door a teacher [now identified as Ryan Heber] talked the 16 year old shooter into surrendering . Reportedly the student had up to 20 rounds of 12 gauge shells on him, and the teacher’s quick, heroic action may have prevented another massacre. We can’t pay teachers like this enough![/important]

One student was wounded in a shooting at Taft High School in southern California a couple of hours ago. Friends of mine say their nearby schools went into lock-down almost immediately. It appears another student, believed to be the shooter, was taken into custody. They say a shotgun recovered at the scene appeared to be the weapon used in the shooting in Taft, CA. 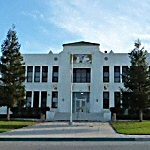 I’m not going to go on a rant pro or against gun control here. I just want to reach out to my fellow parents. Are you feeling as sick to your stomach as I am right now? Does the thought of sending your child from the safety of your home into what feels (right or wrong) like a dangerous out-out of control situation create a feeling of anxiety that’s hard to shake?

This post isn’t about what we need to do. Those conversations are happening, and I pray the right choices are made… whatever those may be. I’m no expert. But as a dad (and I’m sure it’s the same for moms) I feel like it’s my job to protect our children. These ongoing shootings frankly unnerve the hell out of me. I want to be logical and turn off this fear, but it’s hard.

Am I alone in this? Sure the statistics say schools are a very safe place for our children. I’m certain that’s true, and I know our brave teachers and school administrators are doing everything they can to protect our kids. But sometimes don’t you just want to wrap them up in your arms and never let them go? Is the idea I can somehow protect them better an illusion?

What is the point of this post? I’m just reaching out to you, my fellow parents, to say if you are scared, you are not alone. Please join me in sending prayers and positive thoughts to those impacted by the shooting that just happened at the Taft High School… and also to those affected by other recent shootings, who were reminded anew today of a pain that needs no reminder.

We are with you.