How Parents May Make Their Kids Bully Targets

We can’t completely bully-proof our kids, but there may be some things we can do to lessen the odds…

A study was just published a few days ago on the subject of parenting behavior and its impact on a the likelihood of of a child becoming a victim of bullying or a bully/victim. The study is what they call a meta-analysis, which is a fancy way of saying they analyzed more than 30 years worth of data from hundreds of other studies. The results may surprise some. 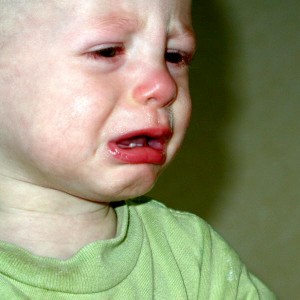 So what are the parenting behaviors this study found have at least a small to moderate impact on our children’s likelihood of being bullied? It’s mostly what you’d think. One can reduce the odds through “positive parenting”. As described by this study, this includes authoritative parenting (high on demanding and on responsiveness), with good parent–child communication, parental involvement and support, supervision, warmth and affection.

On the negative parenting side of the equation, which is where they saw an increase in the risk of bullying and it’s negative impacts on children, the parental behaviors include abuse/neglect, maladaptive parenting (high levels of hostility, hitting and shouting), and over-protection. One would expect abuse & neglect to play a role, but it is the last one that may come as a bit of a surprise to some parents. Regardless of ones good intent, over-protection backfires.

Helicopter parents, I hear you. You’re just protecting your child… showing them love the best way you know how. Or maybe you just want to be their friend, their buddy, and are a bit loosey goosey with the rules and supervision? Hey, I’m not saying I’m a better parent than anyone else. Far from it. All any of us can do is our best. And when we find we’re off course and our parenting behavior may not be the best for our child, we need to change that course.

Victims of bullying are repeatedly exposed to aggressive behavior, perpetrated by an individual or peer group with more power than the victim (1). Bullying is a global problem with an average of 32% of children being bullied across 38 countries/regions (2). Victims more often develop physical health problems (3), a range of mental health difficulties including anxiety and depression (4), psychotic symptoms (5) and borderline personality symptoms (6).

They are also at highly increased risk of self-harm, suicidal ideation, and attempting and completing suicides (7). The targets of bullying are victims (8), and those who both bully others and are victims of bullying are called bully/victims (9). Bully/victims usually display the highest level of conduct, school, and peer relationship problems (10) and may come from the most adverse family backgrounds (11). The source materials for this section came from the following:

What do you think? Another over-generalization with no real value? Or just common sense?[/important]

Source: Parenting behavior and the risk of becoming a victim and a bully/victim: A meta-analysis study