My Daughter is a Work of Art

Getting Your Toddler To Bed Without A Fight

Disney Princesses: Not So Happily Ever After?

Growing up one of two boys in my family I must confess the Disney Princesses were not on my radar at all. Only recently did I learn the first name of “Sleeping Beauty” or that she even had a first name. I had never seen any of the films.

As you might imagine, however, with the birth of my little girl thirty-two months ago that has all changed. Now princesses are everywhere in our home… in books, DVDs, dolls and dress-up outfits. And while the commercialism bothers me some, there’s something that bothers me more. 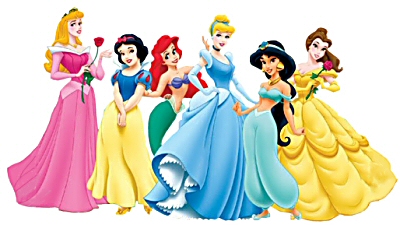 What most bothers me are the messages the Disney Princess stories send (sell?) to little girls. I know, I know, I’m not the first to raise this alarm nor the last. It’s just that I’ve only now been exposed to these stories. The message: appearance and perfection are what matters… that and finding your prince.

But what happens when the prince leaves you at a less than perfect 30-something years of age, with three little baby prince & princesses to feed and an underwater mortgage on the castle? What do they teach or prepare our little girls for the real world? Yeah, I know you are saying “Geez, Michael, they are just fairy tales.”

Maybe, but let’s look at just one of them for a sec, okay? In Beauty and the Beast Daddy is taken hostage by the beast (our hero), the heroine ransoms herself to free her father, the beast threatens and screams abusively at her, but eventually frees her and in the end her love for the beast turns him into a prince.

So exactly what message does that send? If you are with an abusive guy, stick with him because he’s really a prince inside (it’s not his fault, he’s under a spell… say, bourbon?) and if you love him hard enough and long enough he’ll become the prince you mistakenly thought him to be? Yeah, right!

Take any of the other stories and put them in a real world context and see if you like many of the messages they send our daughters. Am I wrong? I’ve been accused of being an old fuddy duddy before; I can take it. But if I’m even a little bit right what do we do about it?

I have some thoughts, but I’d like to hear yours first. We can discuss this in the comments.

You may also enjoy “Frozen: Disney Changes its Tune on True Love!”