What would You do if You Won the Lottery?

My cellphone knows where the bodies are buried! 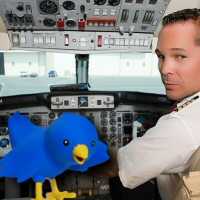 Okay, the traffic light is red… gotta type fast here. So, people keep making a big deal about texting while driving. Enough already! I don’t see what everyone’s upset about. Sure 93% of Americans in a recent poll are against it, but I bet they polled only really old people… you know, like more than 18 years old. Old people just don’t have the multi-tasking skills of today’s youth. Oops, the light changed… [STOP HONKING… I’M BLOGGING HERE] … I’ll be BRB.

Where was I? Oh, yeah. Kids these days grew up texting with one hand, killing bad guys (or good guys, depending on the game) on their Xboxes with the other, and typing on the computer with their toes. It’s just us old folks who can’t focus on multiple things at once. Sure we’ve been driving longer, but they’ve practiced on games like Grand Theft Auto & Carmageddon since they were 3. So it’s old folks with iPhones at whom these laws should be aimed.

Next thing you know they will make it illegal for firemen to snap a pic of your burning house and update Facebook. And then what? They’ve added Internet access to planes; are we going to ban pilots from Tweeting while flying? Birds do it all the time. This is America! What’s the country coming to, restricting our basic human rights like this!? So what if texting dramatically increases the odds of an accident. It probably won’t be your family in the car they hit, right? Txt if ur with me!

*Management does not endorse the content of this post. As soon as it’s author is released from the hospital and then from jail, we are firing him.