Ebola in Our Back Yard – Are Our Children Safe?

[important]UPDATE 1 PM CDT WEDNESDAY: Since I wrote this it’s been reported that 5 school-aged children in Texas may have been exposed to Ebola by the first patient diagnosed with the virus in the United States. The children had contact with the patient and are being monitored at home, Texas Gov. Rick Perry said today in a press conference. “Let me assure you, these children have been identified and are being monitored.”[/important]

[warning]UPDATE 2 PM CDT WEDNESDAY: The five children did attend school after the exposure, according to Dallas Independent School District superintendent Mike Miles, though he said none have shown any symptoms yet and thus shouldn’t be contagious. Miles listed these four schools they attended. Again, I urge parents to remain calm and not to overreact.

As you know by now, the first case of Ebola in the USA was confirmed by the CDC in a patient right here in Dallas, Texas. While it’s likely unnerving to any Dallas resident, it’s especially scary to us parents.

I’m confident the Dallas Ebola outbreak will be rapidly contained. That said, as rational as we may like to think we are, this is scary stuff. It was hard for many Dallas parent to send their kids to school today.

I pray no children were exposed to the man who contracted Ebola in Liberia and brought it here to North Texas. Per the CDC’s press conference, most people exposed will be identified and closely monitored. 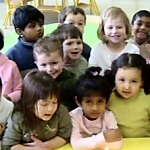 I assume those who were exposed will not be allowed in public places such as  classrooms until the 21 day incubation period has passed? But you know what they say about “assuming”, right?

It’s the uncertainty about all of this that’s most disconcerting. I strongly recommend the CDC increase their transparency concerning all of the steps they are taking to stop this contagion.

Fear can cause people to make bad choices. The best antidote for fear, especially unfounded fear, is is knowledge. As a dad, I want to know everything possible in order to protect my family.

As I understand it Ebola doesn’t become communicable until a person is symptomatic (fever, headache, body aches…) and requires direct contact with bodily fluids (vomit, blood…) to catch it?

That’s the good news; it’s not as easy to catch as the flu or a cold. Dallas is a big city. Do we know if those exposed live in a relatively confined area of the city? Were school children exposed?

Personally I don’t need or want to see it 24/7 on the news, as I’m sure it will be via some cable news networks. It blows this out of perspective. CDC: please do keep updating www.cdc.gov/vhf/ebola, okay?