An Ode to Pumpkin Spice Lattes 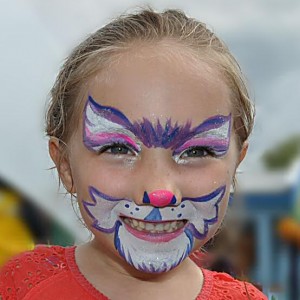 I’m not a doctor or a scientist, I’m just a dad, and probably a bit of an overprotective dad at that. Still, I see no reason to expose my little girl unnecessarily to dangerous toxins, whether that’s via bottles containing BPA or packing her lunch in one of those popular flexible phthalate loaded lunchboxes. One toxin I didn’t think we needed to worry about anymore was lead. I might be wrong.

“No safe blood lead level has been identified.”

–The U.S. Centers for Disease Control and Prevention

A couple years ago a study of 10 face paints tested by an independent laboratory in California, showed that 100% of them contained lead. The facepaints tested included a variety of water, cream and grease based products, as well as crayons, cakes and gels. I’d like to trust that the companies in question have since cleaned up their acts, but with some of them made in China, that’s likely naive.

“I fully endorse the concept that lead is dangerous to the developing brains of children at any level. It is now widely accepted in the scientific community that there is no threshold level below which lead is safe.”

The amount of lead in each varied, but it’s important to understand that there is no safe blood level for this potent neurotoxin. Historically most lead has entered children’s bodies via inhalation and ingestion, but there is a body of evidence indicating it can also enter via the skin; and clearly licking ones lead covered lips would provide an easy entry vector.

“No level of lead exposure appears to be ‘safe’ and even the current ‘low’ levels of exposure in children are associated with neurodevelopmental deficits. Primary prevention of exposure provides the best hope…”

Lead does not break down in the body and accumulates over time, says the Campaign for Safe Cosmetics. As a result, small amounts of lead can add up to serious harm over time. It’s in some women’s make-up, too, by the way. Preventing exposure to lead throughout a person’s lifetime, specially in the early years, is a critical action to protect people’s health.

“Even blood lead levels as low as 5 micrograms per decilitre can irreversibly impair the development of children’s brains, reducing their IQ.”

As a concerned and probably overprotective dad, I am very careful about reading labels, but can labels be trusted? One face paint in the test claimed on its package it was “hypoallergenic,” “non-toxic” and “specially formulated to be friendly to the most delicate skin”—yet it contained some of the highest levels of lead, nickel and cobalt.

“There currently is no demonstrated safe concentration of lead in blood.”

With a new health scare cropping up every other week, what’s a concerned parent to do? We can’t protect them from all the dangers out there, but maybe if we parents share information with one another, we can take at least some small steps to reduce some risk. All any of us can do is our best, right?

Source: Study performed by an independent laboratory on behalf of the nonprofit safecosmetics.org