Becoming a dad is the best thing that ever happened to me. And it turns out, that my actively being a dad to my daughter – is one of the best things I can do for her too! Studies show, the more involved a dad is, the more successful his children are. 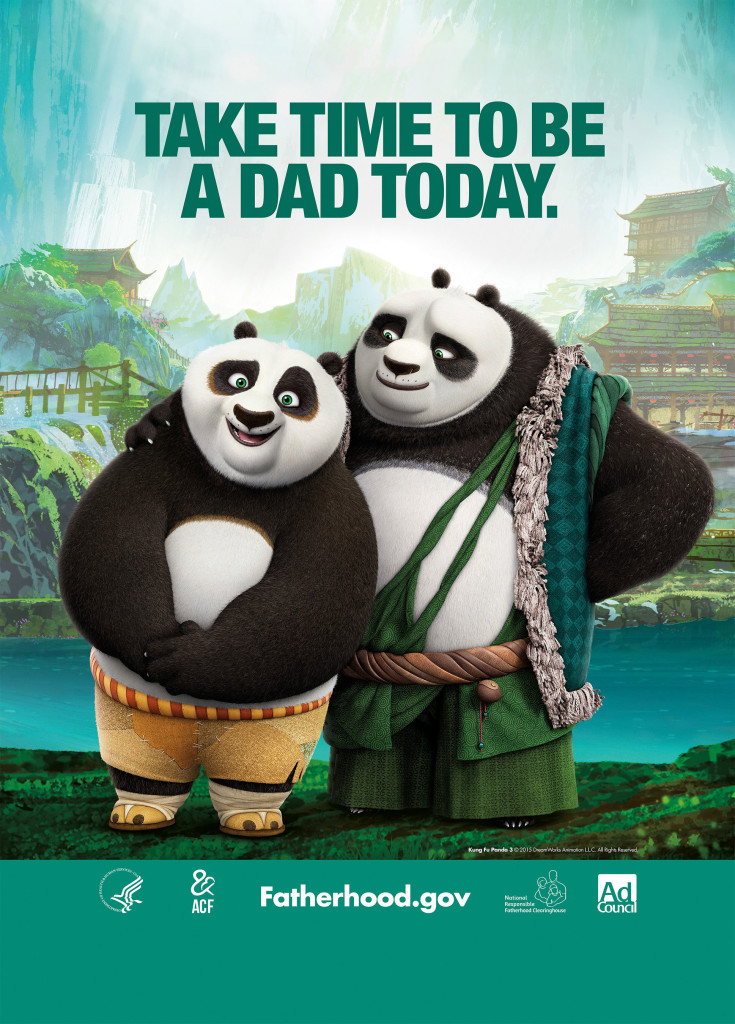 The U.S. Department of Health and Human Services’ Office of Family Assistance’s National Responsible Fatherhood Clearinghouse (NRFC) and the Ad Council  are reaching out in an effort to inspire and support men in their commitment to responsible fatherhood. Because it pays big dividends.

Eighty-six percent of dads spend more time with their children today than their own fathers did with them, but a majority of dads (7 out of 10) also reported that they could use tips on how to be a better parent, according to a national survey conducted by the Ad Council.

Children with involved, loving fathers are significantly more likely to do well in school, have healthy self-esteem, exhibit empathy and pro-social behavior, and avoid high-risk behaviors such as drug use, truancy, and criminal activity compared to children who have uninvolved fathers!

DreamWorks Animation donated their time, talent and resources for the “Take Time to Be a Dad Today” campaign, which features footage and characters from the Kung Fu Panda 3 film.

In the upcoming film, Po, the franchise protagonist, reunites with his long-lost birth father. The story highlights the special relationship between father and son and shows the unique challenges that Po is able to overcome with the love and support of his father.

All kids can benefit from the love and involvement of their father. Consider this your reminder to..

Visit www.fatherhood.gov and http://www.adcouncil.org/ to learn more about the fatherhood movement!